Samantha Rosen is an editor at NextAdvisor, where she connects the dots between trending topics and the…

Getty Images
We want to help you make more informed decisions. Some links on this page — clearly marked — may take you to a partner website and may result in us earning a referral commission. For more information, see How We Make Money.

Among major U.S. airlines, there is an undisputed champion on domestic Southwest Airlines. Almost one domestic passenger in five flies Southwest, according to the Bureau of Transportation Statistics.

If you fly regularly on Southwest, or even if you are an infrequent flyer, you should be a member of its loyalty program, Rapid Rewards. That’s because Southwest’s Rapid Rewards points never expire, and like all airline points and miles they can help you save a significant amount when traveling.

You can earn Southwest Airlines Rapid Rewards points every time you fly with the airline, as well as via its dining portal, shopping portal and co-branded credit cards.

If you’re sitting on a stash of Chase Ultimate Rewards credit card points, you can transfer them to Southwest Airlines to redeem for free flights.

But how much are Rapid Rewards points actually worth?

We value one Rapid Rewards point at 1.3 cents. That’s our subjective valuation; as we’ve noted before, credit card points and airline miles may be a currency, but they don’t have a universally recognized value, unlike hard currency like U.S. dollars. The value of your points and miles also depends greatly on how much travel is worth to you personally.

With that said, here’s how we arrived at that number.

How Much Are Southwest Airlines Points Worth?

First of all, Southwest has some peculiarities that differentiate it from most large carriers.

Unlike many other U.S. airlines, such as Delta, United, and American Airlines, Southwest is not part of an alliance and doesn’t have airline partners, so Rapid Rewards points can only be earned and redeemed on Southwest Airlines flights. In this regard, they are not flexible.

Without a large international network, Southwest flies to the lower 48 states and Hawaii, plus a smattering of flights to some international destinations in Mexico, Central America and the Caribbean.

It also does not have a first or business class; all of its flights have only one class, coach. Southwest offers three fare types: Business Select®, Anytime and Wanna Get Away®. They differ in the amount of Rapid Rewards points you earn on the flight; also, the first two are fully refundable. Business Select also allows priority boarding, which may be important to you since there are no assigned seats on Southwest, and also includes a premium drink.

Unlike with many other airlines, you do not earn miles on Southwest based on distance flown, but points based on the fare you paid. You also never pay baggage fees on your first two checked bags.

With that in mind, we looked at some popular routes to gauge the value of a Rapid Rewards point.

New York to Dallas for a Weekend Trip in July

Southwest Airlines has a big presence in Dallas; one of its most important routes connects it with New York’s LaGuardia airport. We checked a long weekend in July, and here’s what you can expect to pay in cash:

Here’s what you can expect to pay using points for the same flights:

We then calculated the value of a Rapid Rewards point at these fares by dividing the cash price by the price in points:

Oakland to Honolulu for a Week in June

Southwest also serves Hawaii, a popular vacation destination, from the West Coast. For a weeklong round trip in June from Oakland, California, to Honolulu, this was the price in cash:

And these were the prices in Rapid Rewards points:

Based on these prices, here’s the value of a point on this route:

Denver to Cancun for a Week in October

While Southwest doesn’t have a robust international route network, it does fly to a handful of cities outside of the U.S., including Cancun, Mexico.

For a weekend trip from an airport with a large Southwest presence, Denver, here’s the price in cash:

For that same route and times, here are the prices in Rapid Rewards points:

Here’s what we calculated as the value of Rapid Rewards points on this route:

Note that we are not considering taxes or fees on award redemptions using Rapid Rewards points, which Southwest charges for international flights booked with points.

Overall, the value of a point across all the examples we found is on average 1.3 cents.

There are a handful of ways to earn Southwest Rapid Rewards points. You will earn them every time you fly on Southwest Airlines — just be sure to sign up for its free loyalty program first. You can also earn points via the airline’s shopping portal, dining program and co-branded credit cards. Southwest Airlines is also a partner of Chase Ultimate Rewards, meaning you can transfer to Rapid Rewards the Chase points you have earned from credit cards, at a ratio of 1:1,  and redeem them for flights.

If you can take advantage of welcome offers and find that the spending categories match your budget and lifestyle habits, applying for one of these cards can help you earn a good chunk of Rapid Rewards points. 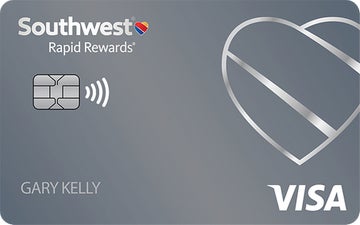 Editor’s Score: (3.55/5)
Editor’s Score: (3.55/5)
rewards rate: 3.0
welcome bonus: 3.5
other benefits: 3.5
value for annual fee: 4.0
reach and value of program: 3.5
travel and purchase protections: 4.0
All reviews are prepared by NextAdvisor staff. Opinions expressed therein are solely those of the reviewer. The information, including card rates and fees, presented in the review is accurate as of the date of the review.
Learn More

Editor’s Score: (3.8/5)
Editor’s Score: (3.8/5)
rewards rate: 3.0
welcome bonus: 3.5
other benefits: 4.5
value for annual fee: 4.0
reach and value of program: 3.5
travel and purchase protections: 4.0
All reviews are prepared by NextAdvisor staff. Opinions expressed therein are solely those of the reviewer. The information, including card rates and fees, presented in the review is accurate as of the date of the review.
Learn More 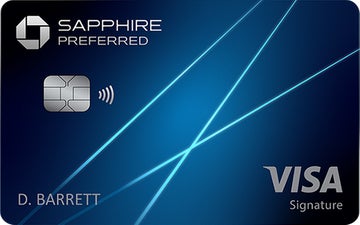 Editor’s Score: (4.5/5)
Editor’s Score: (4.5/5)
rewards rate: 3.5
welcome bonus: 5.0
other benefits: 4.0
value for annual fee: 5.0
other costs fees: 4.0
transfer partner options: 5.0
travel and purchase protections: 5.0
All reviews are prepared by NextAdvisor staff. Opinions expressed therein are solely those of the reviewer. The information, including card rates and fees, presented in the review is accurate as of the date of the review.

With the Southwest Rapid Rewards Priority credit card, you’ll get more travel perks than with its sister card above. It comes with a $149 annual fee and has the same earning rates as the Plus card, but you’ll also receive a $75 annual Southwest travel credit, 20% off in-flight Southwest purchases and four boarding upgrades per year, just to name a few. (Southwest doesn’t have class upgrades, since it only has coach, but can upgrade passengers to a priority boarding group.) You can earn 40,000 points after you spend $1,000 in the first three months, plus an additional 7,500 points at each cardmember anniversary.

Southwest Rapid Rewards points can be a valuable currency that can help you save on flights with Southwest. They cannot be used to fly on other airlines, but since Southwest has a vast domestic U.S. network plus some international flights, that may not be an issue. For flyers focused mainly on the U.S., even for those who aren’t frequent travelers, Southwest points can be very useful.

And while the value of points and miles is ultimately subjective, we peg them at being worth 1.3 cents per point.

*All information about the Chase Sapphire Preferred Card has been collected independently by NextAdvisor and has not been reviewed by the issuer.

Learn all about finances in next to no time with our weekly newsletter.

In your inbox every Tuesday

Thanks for signing up!

We’ll see you in your inbox soon.

Tax Day Is May 17. These Are Your Options If You Still Haven’t Filed